Watching the Jets week after week has become an exercise is masochism.

I will grant that Michael Vick looked better today than Geno Smith has all season... but he's still not a long term answer at QB.  Matt Simms did get to play for a couple of series, and showed some real promise, I thought.  His numbers won't look good, but the line gave him no protection and his receivers dropped a number of balls.  At least his passes were on target.

This season is a lost cause.  The worst things the Jets could do now would be to start winning.  They don't have a prayer of making the playoffs, and every win will just push them down on the draft chart.  Rex would do well to start Simms the rest of season.  See if he is the answer at QB.  Geno Smith is a bust, face it, and while Vick might win more games than Simms short term, he doesn't have enough years left.  The Jets need a younger QB to build around.

Anyway, being a fan, I will continue to watch every game I can.  Even if it does feel like being beaten weekly with baseball bats.

I had two books released in October, an old one and a new one, and I'm thrilled to report that they both did rather well.

The  hardcover reissue of THE ICE DRAGON, with fantastic new artwork by Luis Royo, was released by Tor on October 21.  We've just learned that it will be debut this week at #5 on the NEW YORK TIMES young adult bestseller list.  Pretty damn good for a story that I originally wrote (albeit in a slightly different form) back in 1979.   That short story has always been a personal favorite of mine, and I am delighted that it's still pleasing new readers, decades after it was first published. 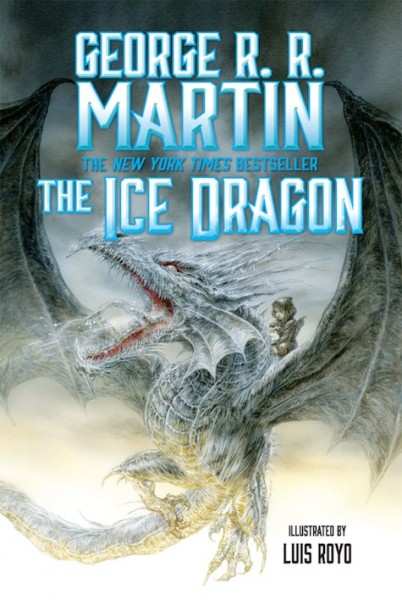 A week later, on October 28, the long-awaited WORLD OF ICE AND FIRE was released by Bantam Spectra in the US and Harper Voyager in the UK.  Too early to know about the TIMES list yet -- whether we'll make the list, or in what slot, or in even in what category -- but the worldbook was in the top five on Amazon even before its publication date, based on pre-orders alone, and on the day of release it ascended to #1.  That's not number one in SF and fantasy, but number one BOOK, period.  Can't get better than that.  The Amazon ranks change constantly, of course, but as I write, WORLD OF ICE AND FIRE is still at #6 in books, and #1 in several sub-categories. 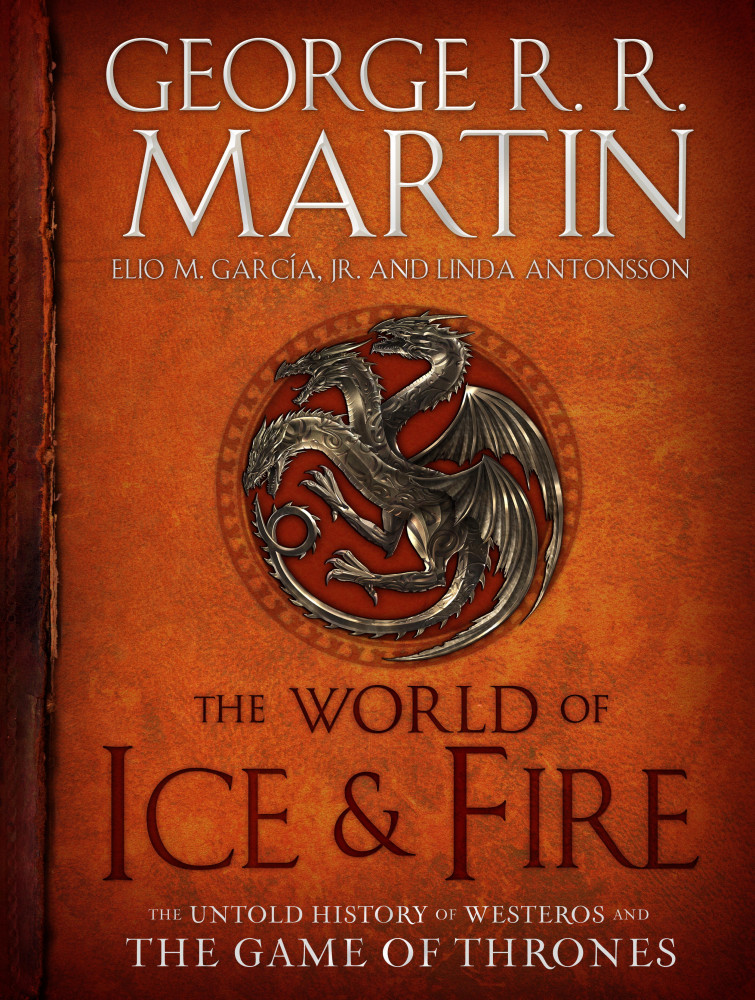 A lot of great people put a lot of great work in the worldbook, and it is really gratifying to see it generating so much excitement, enthusiasm, and success.  My thanks to all those who made it possible: Anne Groell, my wonderful editor, and all the other great folks at Bantam; all of the amazing talented artists who contributed (too many to list here, but they all have credits in the book); our terrific design team of Delia Greve and Rosebud Eustace, our tireless production manager Erich Schoenweiss, and of course my amazing collaborators, Elio Garcia Jr and Linda Antonsson.   Great work, all!  Time to pop the champagne...
Collapse