Andy Samberg's joke about my attending the first Emmy Awards ceremony made me curious about Emmy history. This year was the 67th Emmy Awards, and I turned 67 last Sunday, but until Andy appeared beside me I hadn't actually connected the two. Pretty amazing.

For a few hours I entertained the amusing thought that they were perhaps giving out those first Emmys even as I was being born. Alas, that was not actually the case. Emmy and I may both be 67, but I actually came into the world a few months before her. The first Emmy ceremony took place on January 25, 1949, to honor work telecast during 1948.

Interestingly, those first awards were strictly a local matter: a Los Angeles award, for shows broadcast in the LA media market. Not at all national. The first winner -- for "Most Popular Television Program" -- was a show called PANTOMIME QUIZ. A drama called THE NECKLACE won for "Best Film Made for Television," and Shirley Dinsdale won as "Most Outstanding Television Personality." She was a ventriloquist with a dummy named 'Judy Splinters.' 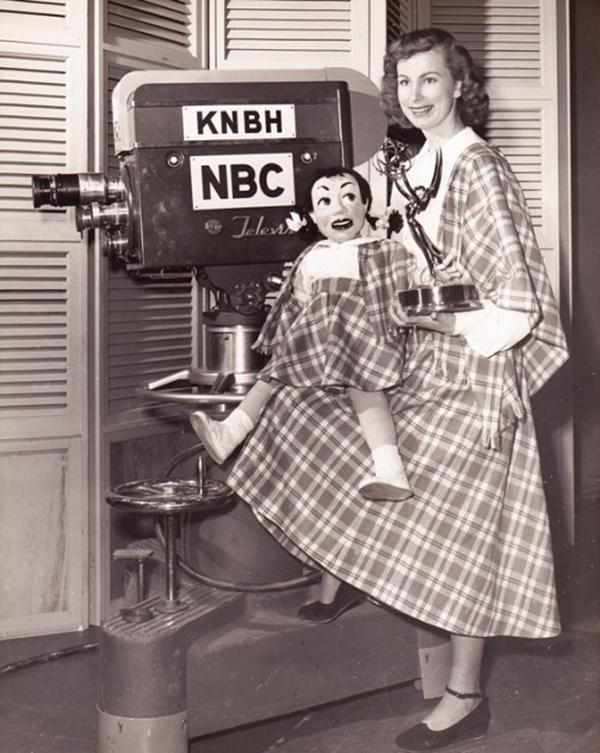 It is not recorded whether Judy also got a trophy, or whether she came on stage to accept the Emmy with Shirley.

They also gave an Emmy to the guy who designed the Emmy. And that was it. Four trophies, presented in LA, to local performers. Television was an art form in its infancy back then, and the world was different. (There was WAY more television production going on in New York than in California back in the 40s, but leave it to the Hollywood guys to be the first to think of giving out awards).

The past is another country, truly.

The Jets have never beaten the Philadelphia Eagles. Never.

A record they kept intact today.

That 2-0 record was exciting, and I still think Gang Green will have a good season, maybe even make the playoffs. But this morning was a tough one. Especially the way it ended, on a stupid penalty just when the Jets were about the get the ball back. It still would have been very unlikely that they could have tied the score, but I would at least liked to have seen them get to try the Hail Mary.

The penalty that ended things wasn't even the worst play of the game. That distinction goes to the "lateral" that Brandon Marshall tried after catching a first down pass.

Too many turnovers. I will give to the Jets for the way they fought back in the second half. For a little while I thought they might pull off a miracle comeback. The first half, though... the D played tough throughout, but the O was horrible for the whole first half. Three and out, three and out, three and out, three and out. The running game was going nowhere, and while Fitz was completing a lot of passes, they were all to receivers behind the line of scrimmage, who would then immediately be tackled for no game. VERY conservative play-calling. In the second half, the Jets finally began to throw down the field, which led to some INTs but also a TD and some first downs. I know the deep ball is not Fitz's strong point, but even so, throwing for a loss gets you nowhere.

Next up for the Jets: the Dolphins, in London. That one should tell us whether Gang Green is for real or not.

... and work is on progress on the mural that will adorn the hitherto blank wall of 418 Montezuma and the Jean Cocteau Cinema.

Here's a few sneak peeks at the work in progress. 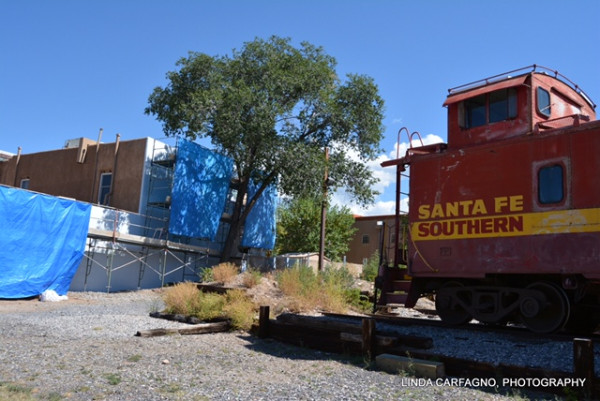 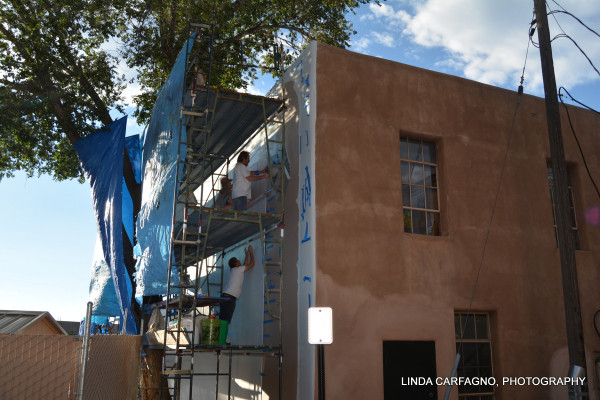 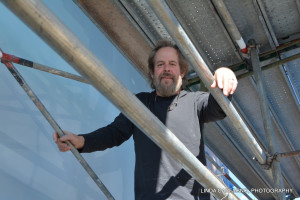 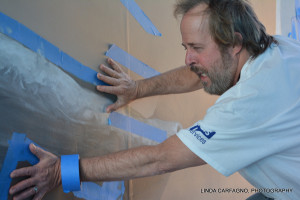 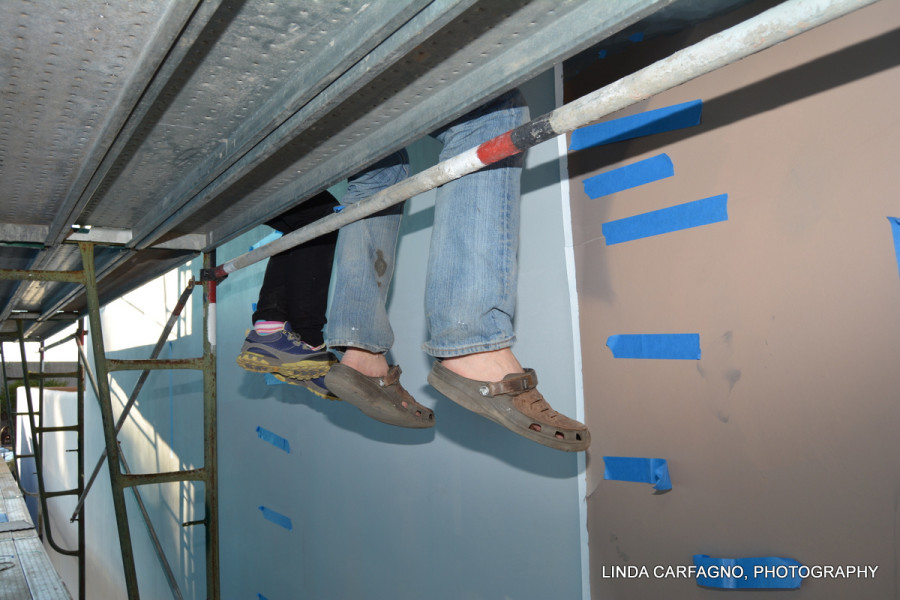 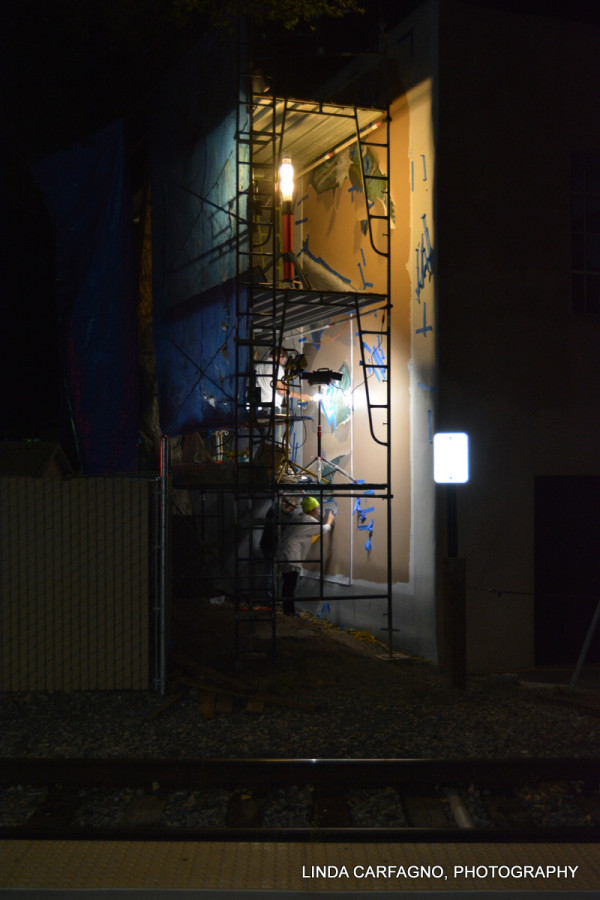 Do come join us for our big unveiling on Tuesday at 5:30. Reception to follow at the Wheeler Gallery.
Collapse