Well, it took a little longer than expected (we had previously announced a September 29 unveiling, which we had to cancel), but work is finally complete on the trompe l'oeil mural I commissioned for the railyard, on the back wall of 418 Montezuma, the building that holds the Jean Cocteau Cinema.

We had a little celebratory party yesterday, along about sunset. Wine, cheese, and dragons. Here's the big picture: 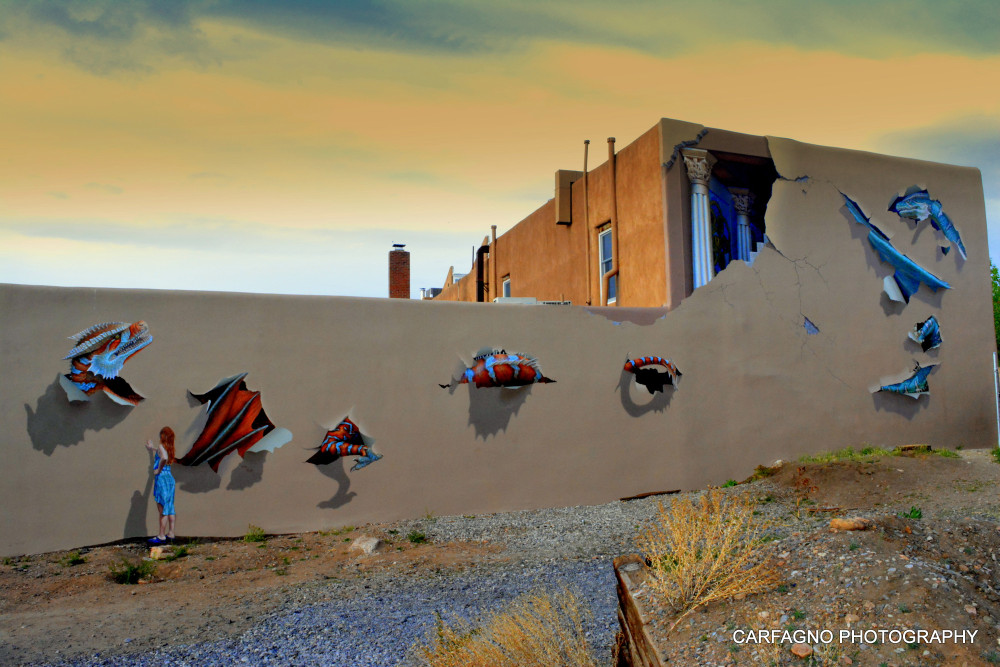 The mural is the work of JOHN PUGH, one of the world's leading trompe l'oeil muralists, whose works adorn buildings public and private all over the United States, Canada, and the world. He's been working on it, off and on, for close on two years now.

I hope you guys all love it as much as I do. Another cool reason to visit Santa Fe, the City Different, where art is everywhere. 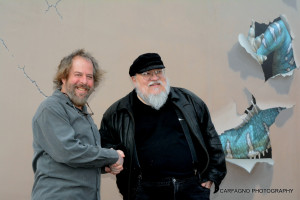 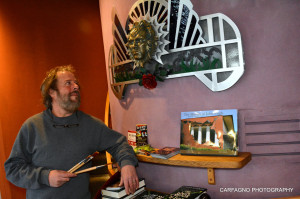 Come check out the beasties for yourself the next time you're in New Mexico... then head around front, see a movie, and have some of our famous buttered popcorn.
Collapse