There's some crazy people out on the edge of the galaxy. Their names are Mike Resnick and Shahid Mahmud. At a time when all of the storied old magazines of our genre are struggling to survive, in the face of rising costs and declining circulations, they went and started a new one, and called it GALAXY'S EDGE.

I love the magazines... it's where I started, after all... so I'm thrilled to see a new addition to the field. Especially one like GALAXY'S EDGE, where editor Mike Resnick is making a point of featuring new writers. But every magazine needs a few established names on the cover, which is where I come in... the established name on their latest (May) issue is mine. The issue features a reprint of one of my old SF stories, "Fast-Friend," plus a new interview with me. 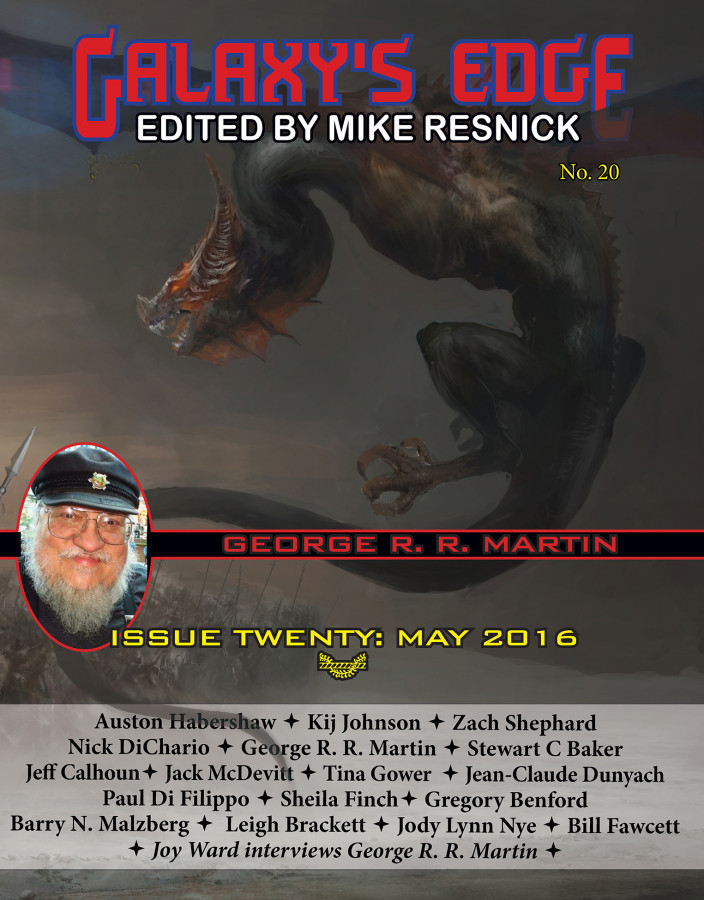 GALAXY'S EDGE will have a table at Balticon at the end of the month, and I'll be signing 200 copies of the issue for sale at the con.

For those who cannot make it to Baltimore, home of the ravens and the crabs, you can get a copy direct from the website at www.galaxysedge.com/ -- but maybe not a signed one, alas.

The winners of the SFWA's annual Nebula Awards for the best science fiction and fantasy of 2016 have been announced at the Nebula banquet in Chicago.

LOCUS has the story, as always:

Congratulations to all the winners... and to the runners-up and losers as well. As with the Hugo Awards, it is a proud and noble thing to lose a Nebula. (Lost a bunch myself).
Collapse