Swords and Daggers and Helms, Oh My

The blacksmiths over at Valryian Steel have been hammering away, and are about to roll out three news GAME OF THRONES products that I thought some of you might like to know about.

First, we have the longsword of Robb Stark, King in the North:
http://www.valyriansteel.com/shop/swords/robb-stark/prod_21.html

Next, the Catspaw Blade, used by the man sent to kill Bran in his bed:
http://www.valyriansteel.com/shop/swords/catspaw-blade/prod_20.html 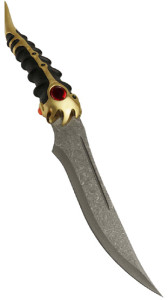 The last, but decidedly not least, the helm of Sandor Clegane:
http://www.valyriansteel.com/shop/swords/the-hounds-helm/prod_18.html 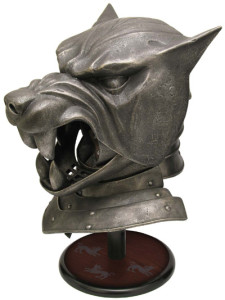 All the items are available for pre-order.

And don't worry, Valyrian Steel is still at work on replicas of the weapons from the books as well. Brienne's sword Oathkeeper should be next, if we can figure out how to do the black/red patterning. After that, maybe Khal Drogo's arakh.