Coming to the Cocteau

I don't have full details on these yet... and tickets are not yet being offering for presale... but we have some exciting future events coming up at the Jean Cocteau Cinema, and I wanted to give my Not A Blog readers a little heads up about what's coming.

First up: October 21 to 24, we have a special four day marathon of all six seasons of Felicia Day's wonderful webseries THE GUILD. 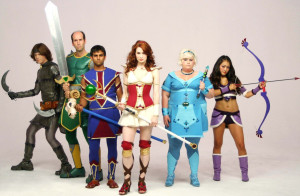 Is this the first time THE GUILD has been shown the big (ish) screen?  Dunno.  It will be the first time in New Mexico for sure.  We'll screen the first and second seasons on October 21, the third and fourth seasons on October 22, the fifth and sixth on October 23... and on October 24, for those who dare, we will show all six seasons at once.  What's more, Felicia Day and other cast members will be weighing in from fantasyland via Skype to talk with audience members and answer their questions.

Then, on November 9, we have another live music event -- an evening's entertainment from Paul and Storm. 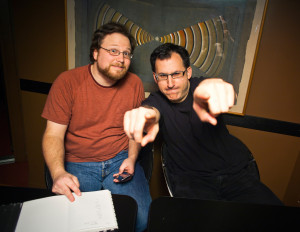 You'll all remember Paul and Storm, I'm sure.  "Write Like the Wind," and all that.  I had to smash their guitar to splinters at W00tstock this summer, but I hear they got a new one.  They're touring the United States... or maybe fleeing to get away from their creditors... but in any case, they are coming to Santa Fe, and we'll have them.  So come hear them sing.  I understand they have other songs that have nothing to do with me.  :)

Next up will be another great author event.  On December 2 we'll be hosting PAT CONROY, bestselling author of PRINCE OF TIDES, THE LORDS OF DISCIPLINE, THE WATER IS WIDE (filmed as CONRACK, with Jon Voight), THE GREAT SANTINI, and many other terrific novels. 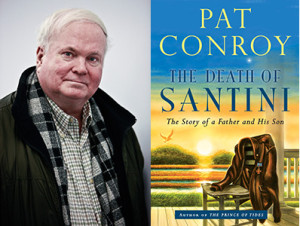 I've never met Pay Conroy, but he's been one of my favorite living novelists for a long, long time, so I am really looking forward to this.   I'll be doing an interview/ conversation with Pat, and he may read a bit from his new book, after which we will adjourn to the concessions area for autographing.  Rest assured, we will have plenty of his books on hand for you to get signed.  It should be another great evening.

So:  October 21-24, November 9, December 2.  Mark them down on your calendars.   I will let you know when tickets go on sale.  As with the Michael Chabon and Neil Gaiman/ Amanda Palmer events, we expect to sell out, so reserve your places early.

And for advance word about these, and other offerings at the Cocteau, sign up for our email newsletter at http://www.jeancocteaucinema.com/contact-us/?view=edit
Tags: jean cocteau, movie theatre, signings, the internet
Subscribe