We will have three showings.  A Spanish-language screening in the morning, an English screening in the afternoon, a private invitation-only show in the evening.  Meanwhile, the Iron Throne has already been set up in Sanbusco mall, and will be there all morning and afternoon, till 5 pm, for fans to see, sit in, and take pictures of.  No charge for that.  No charge for any of that.

The two public showings are first come, first seated.  But get there early.  There's already a line half a block long as I type.

Our marathon screenings of seasons one to three concluded on Monday with the showing of "The Rains of Castamere" and "Mhysa," and a costume contest.  We had some amazing costumes turn up. 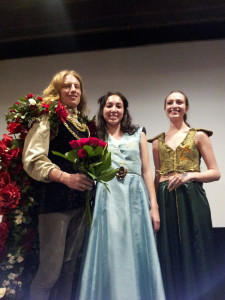 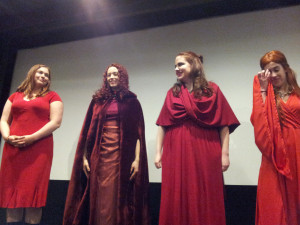 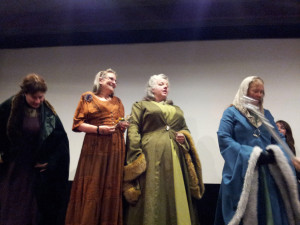 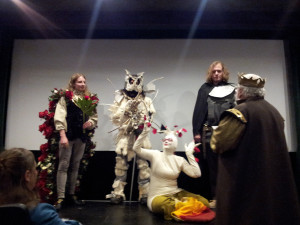 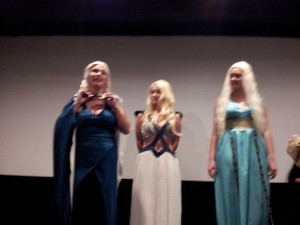 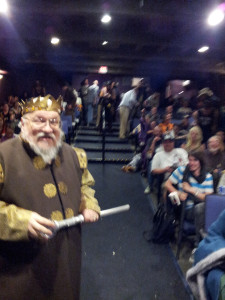 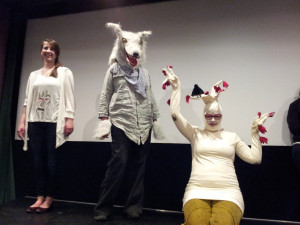 See you tomorrow... back in Westeros.
Tags: game of thrones, jean cocteau
Subscribe