My life just keeps getting more and more surreal.

I thought it was pretty odd last year, when the GAME OF THRONES - inspired Halloween costumes offered for sale on the internet included not only Jon Snow, Dany, Melisandre, and other characters from the show, but also one based on me.  Whoever heard of dressing up as a writer for trick or treating?  I've never seen a Stephen King costume, a Scott Fitzgerald costume, a Herman Melville costume.  But there it was, a George R.R. Martin.  "It can't get any weirder than this," I thought.

Hoo boy, was I wrong about that.

This year, believe it or not, PLAYBOY has unveiled a "Sexy George R.R. Martin" costume. 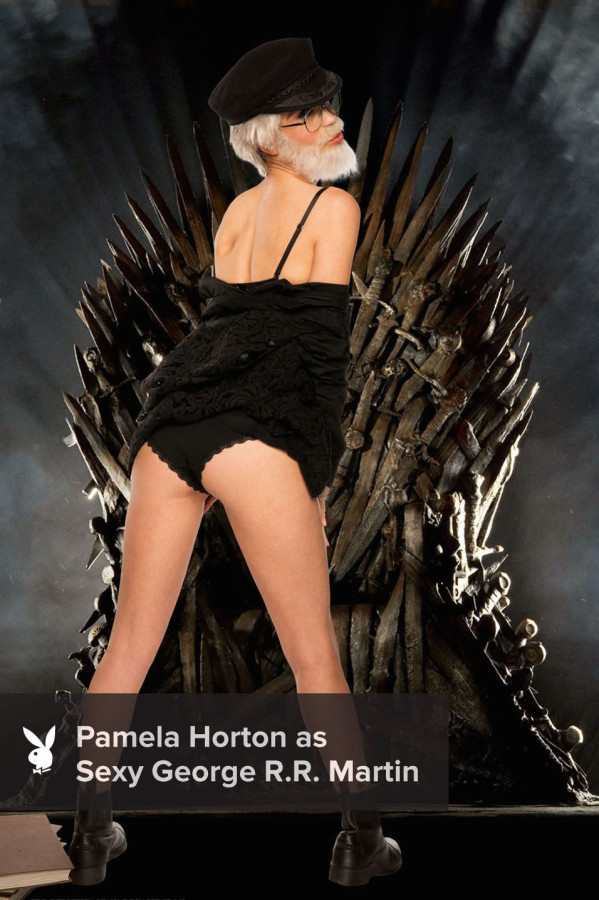 I can't say that I've ever had a thing for bearded women, but I have to confess, Sexy George R.R. Martin is... er... sexy.  But there is something deeply disturbing about being turned on by yourself.  Stranger than incest.  Or even twincest.

There's a video too.  Check it out, along with some of the other strange 'sexy' costumes PLAYBOY has come up with, at