Something old and something new... that's ACES ABROAD,  scheduled to be re-released by Tor in a new, expanded trade paperback edition on Tuesday (January 13).

All of those are here, for anyone who missed them first time around... but to sweeten the pot, we've added two brand new originals for this new edition.  Kevin Andrew Murphy takes center stage with the untold tale of Troll's adventures in Peru, and we visit Prague with Lady Black and Carrie Vaughn.

We also have a brand new cover, another spectacular piece of art from Michael Komarck. 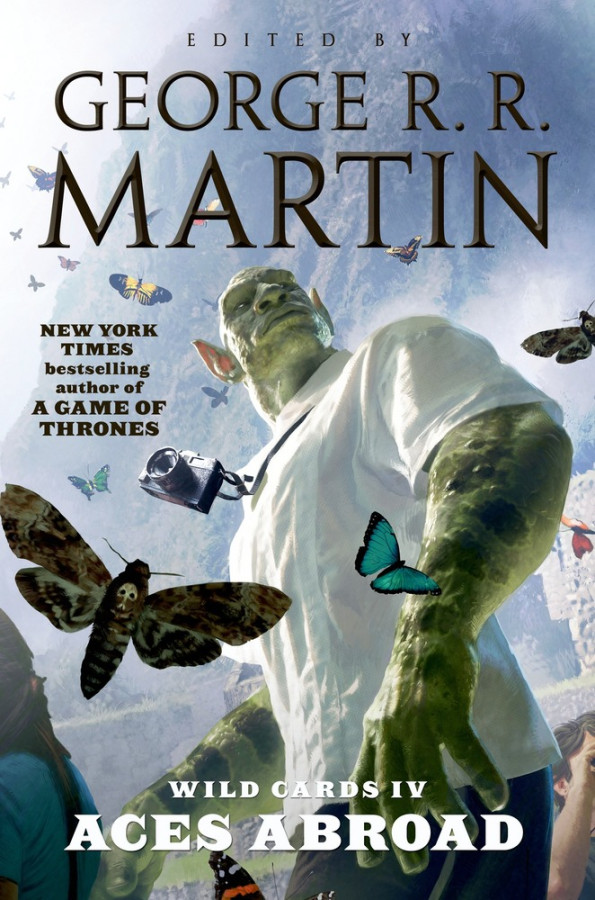 Old stories, new stories, great new art...  you can preorder a copy from Amazon at http://www.amazon.com/Wild-Cards-IV-Aces-Abroad/dp/0765335581/ref=sr_1_1?s=books&ie=UTF8&qid=1420919494&sr=1-1, or pick it up Tuesday from your favorite local bookstore or online retailer.
Tags: anthologies, publications, wild cards
Subscribe