"There is a girl who goes between the worlds."

"You can buy anything you might desire from Gray Alys. But it is better not to."

"When he finally died, Shawn found to her shame that she could not even bury him."

Some of my younger fans and readers may not realize that my career did not begin with A SONG OF ICE AND FIRE. Truth be told, I had been a professional writer for twenty years before I typed the first lines of the as-yet-untitled story that would grow to become A GAME OF THRONES. I had published four novels and half-a-dozen collections, won the Hugo and the Nebula and the World Fantasy Award, written science fiction, horror, and high fantasy.

Most of it in the form of short stories.

The lines above were the openings of three of those short stories:
-- "The Lonely Songs of Laren Dorr,"
-- "In the Lost Lands,"
-- "Bitterblooms."

"Laren Dorr" is the oldest of the tales, and probably counts as my first foray into high fantasy. It is a deeply romantic tale, a reworking of a character that I had originally five years earlier, for a story in a comic fanzine that never appeared. I had the notion that I would write a whole series of tales about Sharra, the girl who goes between the worlds. Never got around to that, alas, but in 1992 I revived the concept for another dangerous young woman with the same power -- Cat, heroine of my failed ABC pilot DOORWAYS.

"In the Lost Lands" was supposed to launch a series as well. I had in mind a series of loosely connected tales about the enigmatic witch woman Gray Alys, and those who were brave or foolish or desperate enough to treat with her. But I never wrote that second story.

"Bitterblooms" was science fiction rather than fantasy, set on a distant planet in the far far future, and part of my Thousand Worlds sequence... albeit somewhat tangentially. There is a starship in the story, but it's a derelict, no longer capable of flight. The setting is a world locked in the grip of a deep winter, a winter that lasts for years.

"Laren Dorr" was published in 1976, "Bitterblooms" in 1977, "In the Lost Lands" in 1982. Old work, certainly, but I was always fond of those three stories, and of the three women who starred as the protagonists: Sharra, Gray Alys, and Shawn of Carinhall. None of the stories had anything to do with A SONG OF ICE AND FIRE, of course, nor even with each other... but a careful reader can find hints and shadows and seeds of many of the ideas that would later bloom in Westeros in each of them. Still, even so, they remained obscure, known only to a few.

But maybe not for much longer. The German filmmaker CONSTANTIN WERNER, a director, producer, and screenwriter whose previous credits include PAGAN QUEEN, BETTIE PAGE: DARK ANGEL, and DEAD LEAVES (you can learn more about him from his IMDB page, here: http://www.imdb.com/name/nm1127897/ ) optioned the three stories a few years back, and has woven them together into a screenplay, under the title IN THE LOST LANDS.

And now the project appears to be moving toward production, with the exciting new that Myriad Pictures has signed MILLA JOVOVICH to play Gray Alys. 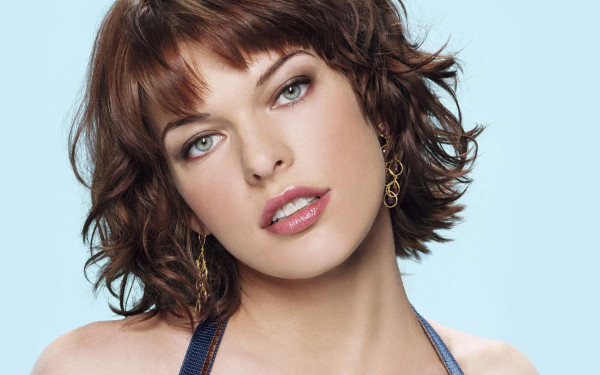 Milla is best known to science fiction fans for her starring turns in FIFTH ELEMENT, RESIDENT EVIL, and ULTRAVIOLET. Constantin tells me she's a big GAME OF THRONES fan too. It's a thrill to have her be a part of this, and I will look forward to seeing her bring Gray Alys to life. (Maybe I will be so inspired that I'll finally write those other Gray Alys stories... but no, not until I finish A SONG OF ICE AND FIRE, calm down, friends).

For more details about IN THE LOST LANDS, check out the reports in the trades:

JUSTIN CHATWIN will also star in the film, a German-Canadian co-production scheduled to film in Germany. More casting to come, of course.