For Your Consideration: Stuff By Me

THE WINDS OF WINTER did not come out in 2014, as some of you noticed. But I did have a lot of other material published and broadcast that is eligible for Hugo consideration.

The fourth season of HBO's GAME OF THRONES leads that list. 'Dramatic Presentation' is split into two categories, Short Form and Long Form. The former is mostly TV shows, the latter mostly films, though the actual division is by running time. GAME OF THRONES is actually eligible in both categories... though should it be nominated in both, the rules require us to bow out of one in favor of the other.

Season four, considered as a whole, can be nominated in Long Form.

Individual episodes are eligible for nomination in Short Form. You do need to know the episode titles. And yes, more than one episode of a given show can be nominated. Last year at Loncon the Short Form shortlist pitted one episode of ORPHAN BLACK and one episode of GAME OF THRONES against four episodes of DOCTOR WHO. That's not unusual. The DR. WHO fans are very well organized.

I am, to be sure, enormously prejudiced, but I thought we had some very strong episodes last season. Of course, I am very proud of episode two, "The Lion and the Rose," since I wrote the script myself for that one. For those of you who don't remember titles, that was the 'purple wedding' episode. Episode nine, "The Watchers on the Walls," scripted by David Benioff and D. B. Weiss and directed by Neil Marshall, was also huge for us: that was the battle episode, devoted entirely to the fight for the Wall. Biggest action sequences we've ever done. Dan and David also scripted episode ten, "The Children," with the final confrontation between the Imp and his father. Oh, and there was also "The Laws of Gods and Men," aka the Trial of Tyrion Lannister, scripted by Byron Cogman, with its amazing performances by Peter Dinklage and Sibel Kekilli, and "The Mountain and the Viper," another script by Dan and Dave, wherein the Mountain That Rides faces off against the Red Viper of Dorne.

The other five episodes had some good stuff too, I think.

Aside from the television show...

ROGUES was published last year, which means that Gardner Dozois and I are both eligible for nomination as Best Editor, Short Form. Also, all the stories in ROGUES are eligible in the Short Story and Novelette categories. We had some terrific stories in that book. Take a look.

LOWBALL, the twenty-second volume in the Wild Cards series, was also published in 2014. That one I co-edited with Melinda Snodgrass. (Shared world stories NEVER get nominated for Hugos, but I mention this for the sake of completeness).

And then there's the odd duck: THE WORLD OF ICE & FIRE, the huge and concordance of the world of Westeros by Elio Garcia, Linda Antonnson, and yours truly. Exhaustive, gorgeously illustrated throughout, and years in the making. 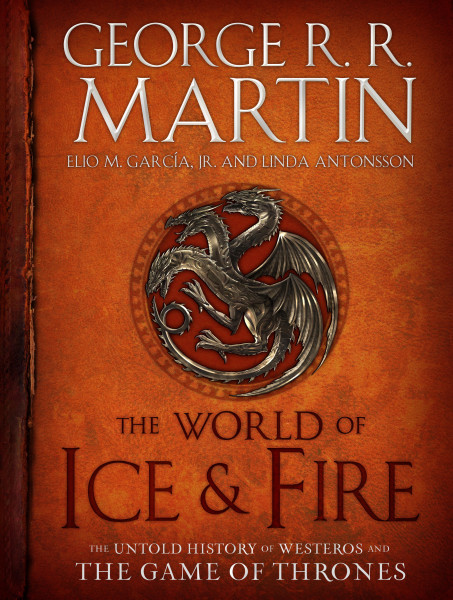 To tell the truth, I am not sure what category the worldbook belongs in. It's not a novel in any traditional sense, and there's no "fake history" category, so I suppose it fits best in "Best Related Book."

Lastly... and not strictly by me... I want to mention the latest Ice & Fire calendar. It's the 2015 calendar, but it came out in July 2014, debuting at Comicon. The calendar itself is not eligible for anything... but the artist certainly is. 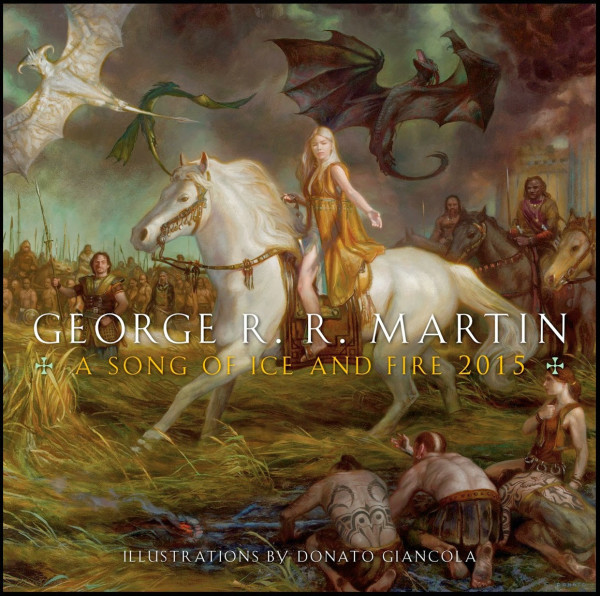