As some of you may well know our grand friend and one of the producer/writers of Z-nation, The Marvelous Mister Mike Cassutt (He's also writing for Captain Cosmos and HBO), talked us into being Zombies for his show while we were at WorldCon in Spokane this year.

Don't miss GRRMs most interesting singing to date, featured on Season 2 of Z-Nation.

Now Showing every Friday at 10/9c on the SyFy Channel.

Here's a fun Picture of GRRM and some of us crazy Minions really getting into character before filming. 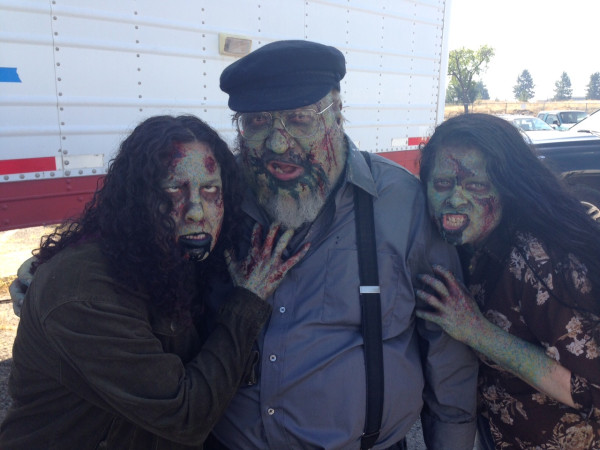 This Message was brought to you by the Minions of Fevre River.