Down & Dirty Once Again

Heads up, Wild Card fans. Tor's reissue program continues next month with the release of a nifty new trade paperback edition of DOWN & DIRTY, the fifth volume of the original series. The official pubdate is OCTOBER 27.

As with the previous Tor reissues, DOWN & DIRTY will sport a brand new cover by the amazing Michael Komarck, one of field's finest artists (REMEMBER HIM when nominating next Hugo time). The featured character is Leanne C. Harper's Bagabond. 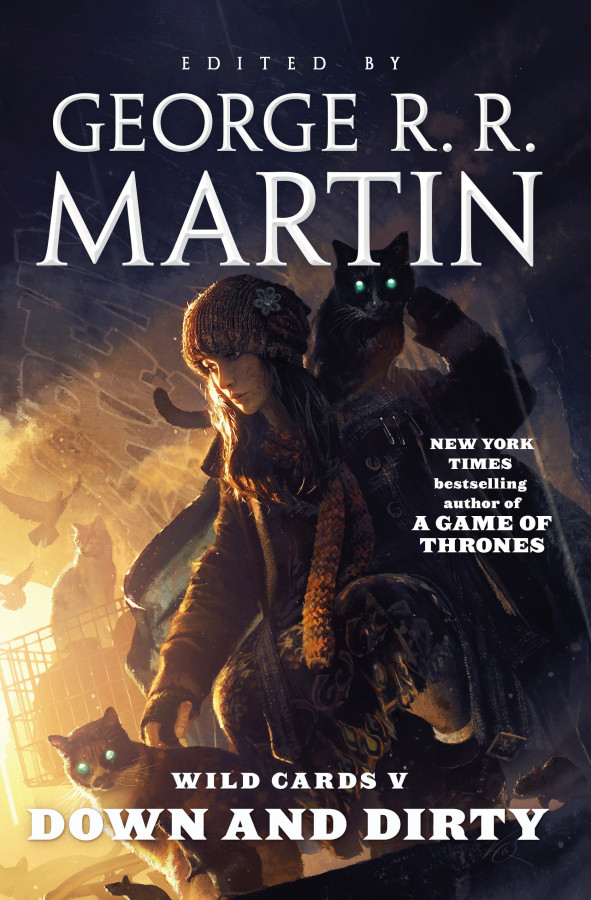 The lineup for this one:
"Only the Dead Know Jokertown" by John Jos. Miller
"All the King's Horses" by George R.R. Martin
"Concerto for Siren & Serotonin" by Roger Zelazny
"Breakdown/ Takedown/ What Rough Beast" by Leanne C. Harper
"Jesus Was An Ace" by Arthur Byron Cover
"Blood Ties" by Melinda M. Snodgrass
"Addicted to Love" by Pat Cadigan
"The Second Coming of Buddy Holley" by Edward Bryant
"The Hue of a Mind" by Stephen Leigh
"Mortality" by Walter Jon Williams