My Position On the Syrian Refugees 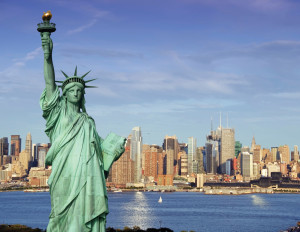 Not like the brazen giant of Greek fame,
With conquering limbs astride from land to land;
Here at our sea-washed, sunset gates shall stand
A mighty woman with a torch, whose flame
Is the imprisoned lightning, and her name
Mother of Exiles. From her beacon-hand
Glows world-wide welcome; her mild eyes command
The air-bridged harbor that twin cities frame. 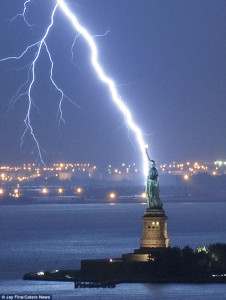 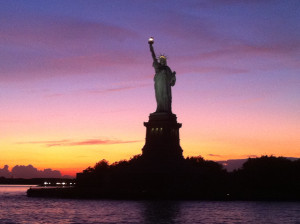 "Keep, ancient lands, your storied pomp!" cries she
With silent lips. "Give me your tired, your poor,
Your huddled masses yearning to breathe free,
The wretched refuse of your teeming shore.
Send these, the homeless, tempest-tost to me,
I lift my lamp beside the golden door."

Those words, of course, are by Emma Lazarus. Her poem, "The New Colossus," appears in bronze on the base of the Statue of Liberty. A statue given to the United States by France, our nation's oldest friend and ally... a bit of history that seems especially important just now, in light of the recent horrors in Paris.

For me, Lady Liberty and the words on her base represent the best of what this nation of immigrants is all about. One has to wonder if all the governors (including our own governor here in New Mexico, I am ashamed to say) and congressmen voting to keep out the Syrian refugees have ever visited the Statue, or read the words on her base. If so, they surely failed to understand them.

Of course, most everyone knows the part about 'your tired, your poor, your huddled masses,' but let me draw your attention to some other lines of the poem:
-- a mighty woman with a torch... her name Mother of Exiles,
-- from her beacon hand, Glows world-wide welcome,
-- send these, the homeless, tempest-tost, to me.

Emma Lazarus had it right. Donald Trump and thirty-one governors have it wrong, wrong, wrong.

The Syrian refugees are as much victims of ISIS as the dead in France.

Let them in. Santa Fe, at least, will welcome them. 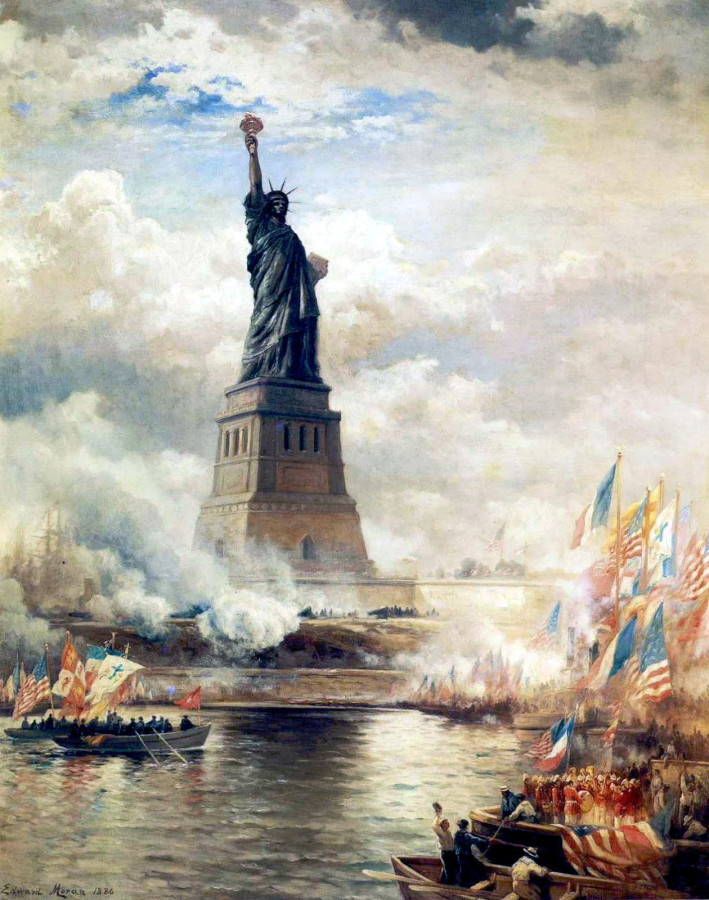