2015 was a great year for me as far as awards and other honors were concerned as well.

It did not start out that way. Last February I flew to LA for the Writers Guild Awards. I was up for two: one for my season four episode "The Lion and the Rose," and one as part of the writing staff on GAME OF THRONES. Lost both, alas. That was disappointing. Oh, it was a honor to be on the shortlist, to be sure, especially since I had only been nominated for a WGA Award once before, for a TWILIGHT ZONE script way back when. But there's something special about recognition from one's peers, and a win would have been cool. I doubt I will be getting another shot at that one.

That was the only (small) down note, however. After that, awards and honors came fast and furious the rest of the year. ROGUES, the latest of the crossgenre anthologies I've been editing with Gardner Dozois, won two: a LOCUS and a Stabby. It was also a finalist for the World Fantasy Award, but lost that one (no surprise, as DANGEROUS WOMEN had won the year before). Gardner and I was also gratified that two of our ROGUES contributors won prizes of their own for their stories in the book: Joe Abercrombie took a LOCUS award and Gillian Flynn an Edgar.

I was also thrilled to receive an Alumni Achievement Award from my alma mater, Northwestern's Medill School of Journalism. They gave me a Northwestern football helmet too. And I got to return to Evanston for the first time in decades. All cool. 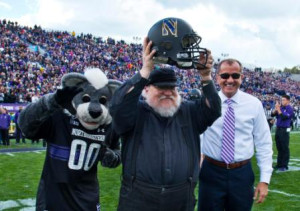 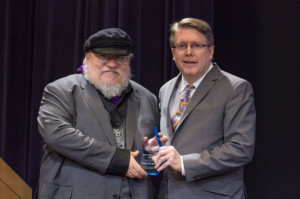 Then, of course, there was my birthday present. You guys remember that, yes? 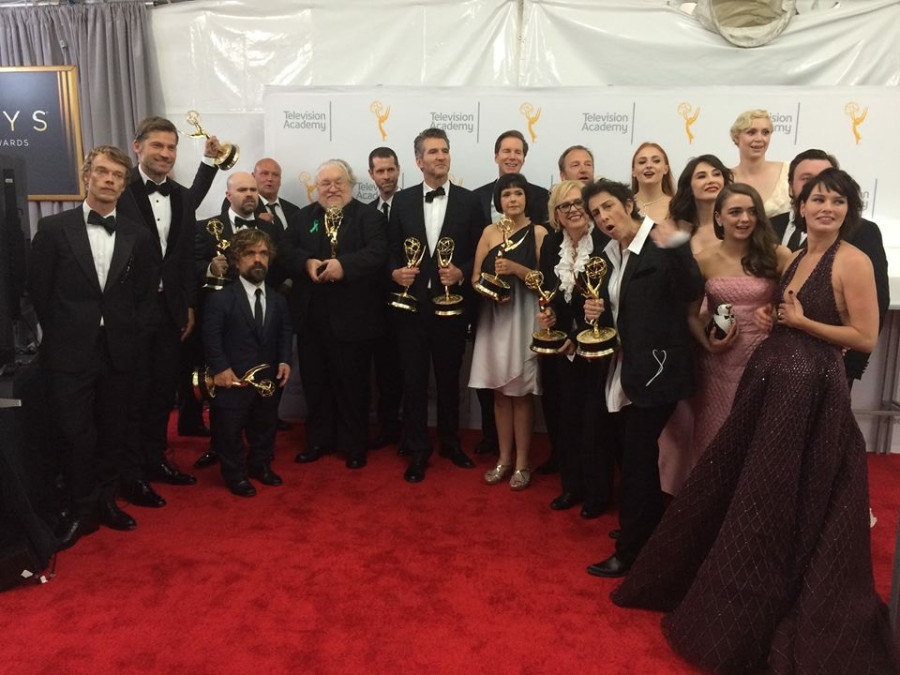 That was as unexpected as it was exciting. Having lost the Emmy six times before (twice for BEAUTY AND THE BEAST, four times for GAME OF THRONES), I was pretty pessimistic going in. I was never so glad to be so wrong.

Of course, I can't really take too many bows: it was David and Dan and Bryan, the great folks at HBO, and the best cast and crew in television who really brought hold the Emmy gold. The first time a fantasy or SF show has ever won... but not, I hope, the last.

One sometimes hears it said that it is more blessed to give than to receive. So maybe it is only fitting that my favorite award of 2015 was not one I won, but one I gave to others. I am, of course, talking about the Alfies. 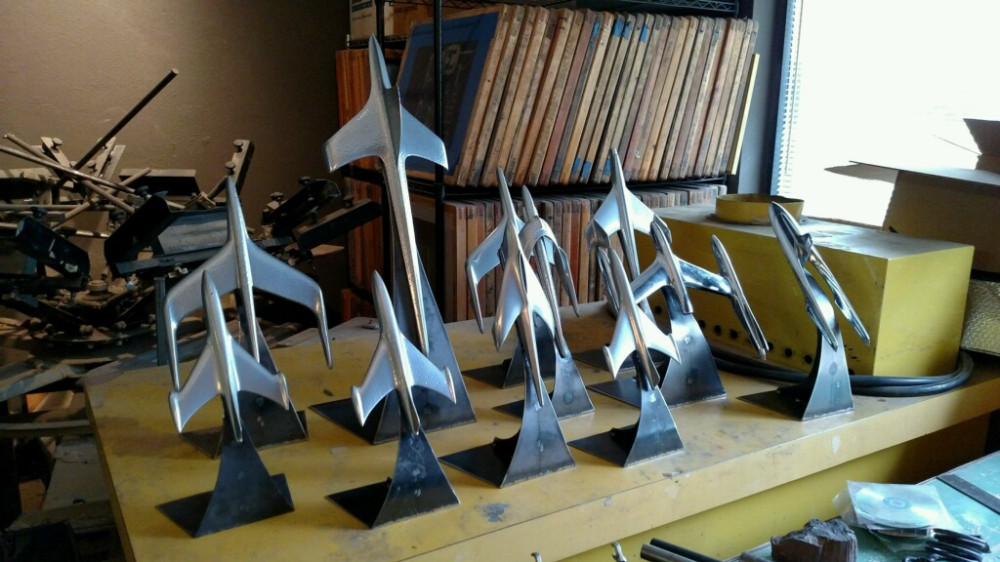 I am as proud of the Alfies as of anything I have ever done in fandom, and I will always treasure my memories of that night, and especially the words of those who won these old hood ornaments. Sometimes it feels good to do good.

(I said all of this, at somewhat greater length, in the Lost Post).

PS ((Oh, and now that I've uploaded this, I realize I forgot that I also received a New Mexico Governor's Award for contributions to the art, and a PiePlate award from the Santa Fe Independent Film Festival. I did include those in the original update, but missed them in the Cliff's Notes version. And who knows what else I've forgotten? It was a good year for honors)).
Tags: awards
Subscribe