Hello from Ogre Jenni! I am not George R.R. Martin. Not even close. Believe me, I’m just as sad about this as you are!

On Saturday, January 16th the Jean Cocteau will screen Natalie Dormer’s latest film, The Forest. Following the film screening, we will meet up with Natalie via Skype for an exclusive Q&A with this talented and incredibly charismatic actress. That’s right—audience members get to ask her any question they want! Within reason…don’t get too weird.

Dormer is well known for her roles in Game of Thrones (Margaery Tyrell), The Tudors (Anne Boleyn), The Hunger Games (Cressida), and more. She gets ALL the amazing costumes! 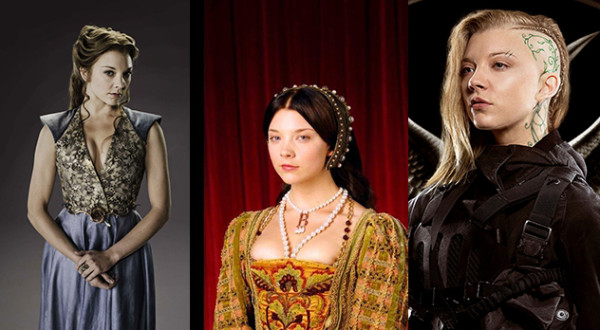 The Forest is a supernatural horror film about a woman whose identical twin sister has mysteriously vanished. While investigating her sister’s disappearance, she receives a cryptic phone call suggesting that her twin entered Japan’s notorious (and very real) Suicide Forest at the base of Mt. Fuji. She hurriedly travels to Japan, and despite several warnings enters the dangerous and bewildering woods. She soon discovers her sister’s abandoned tent—along with a host of malicious spirits.

Which really shouldn’t come as a surprise. C’mon, it’s clearly haunted as all hell.

As the forest’s macabre moniker plainly suggests, this place is a well-known destination for suicides—especially by businessmen at the end of the fiscal year. The only location in the world with a higher suicide rate is the Golden Gate Bridge. How’s that for depressing?

Many people in Japan believe that the numerous suicides have created a terrible supernatural force that permeates the trees and generates a ghastly array of paranormal phenomenon. There are also ancient beliefs and traditions surrounding the forest, including the practice of “ubasute,” which involves leading an elderly or sick person to a remote place to die of exposure, thirst, starvation, or animal attacks.

And on that note—if you live near Santa Fe or are just visiting our lovely city, drop by the Cocteau!

*If you are suicidal, please seek professional help or call a suicide prevention hotline. Your life is well worth saving, and we don’t need more spooky ghosts flying around.
Tags: game of thrones, jean cocteau cinema, natalie dormer, suicide forest, the forest
Subscribe