I was very sad to hear this morning that Pat Conroy had passed away.

The NEW YORK TIMES has his obituary:
http://www.nytimes.com/2016/03/05/books/pat-conroy-who-wove-his-family-strife-into-novels-of-carolina-dies-at-70.html

Conroy was a brilliant man, and a great great writer. His PRINCE OF TIDES ranks among the greatest novels of the twentieth century, in my opinion, and many of his other titles were damned fine as well -- BEACH MUSIC, THE GREAT SANTINI, LORDS OF DISCIPLINE, THE WATER IS WIDE...

A number of them were made into films. Some better than others, but even the worst of the movies was pretty damned good, which not many writers can boast. The troubled relationship with his family, and his father in particular, was the emotional core of much of his best work. There has seldom been a clearer case of an artist transforming his own pain and suffering into something transcendent and beautiful. I do not think he was a happy man, sad to say, but he was a courageous and outspoken one, who left the world a better place than he found it.

I met Conroy only once, when I had the honor of hosting him for a booksigning at the Jean Cocteau. 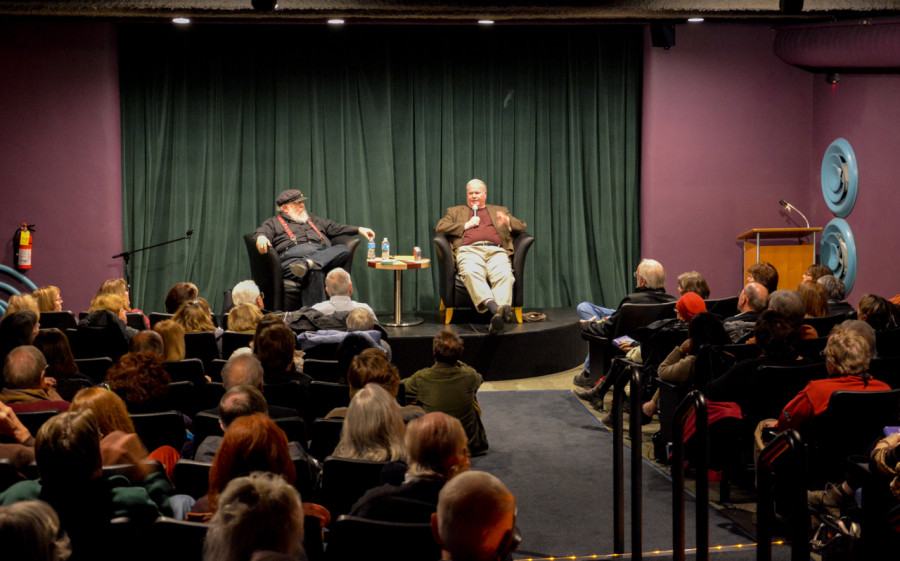 It's a memory I will long treasure... and when Pat said how much he admired A GAME OF THRONES and its sequels, well... I could not have been more flattered if F. Scott Fitzgerald himself had returned from beyond the grave to say he liked my stuff.