Hugo nominations are now open... but they will close at the end of the month. I finally received my PIN number from MidAmericon II, so I am busy filling out my ballot. If you're eligible to nominate, you should do the same. No good reason to put it off till the last day, even if you have not finished your reading. Fill in the things you know you want to nominate now, today, this minute. You can come back and add more, or delete, or replace, or change later on. As many times as you want. The nominations won't count until the ballot is closed.

As to what to nominate... your call entirely, of course.

I have been sharing my own thoughts and recommendations here in a series of blog posts, all of which you can find downstream by going back to "older posts." Been doing that category by category, wherever I had something to say. (Which does not include every category).

Today I wanted to say a few words about the three short fiction categories. Short Story, Novelette. Novella. Three of the oldest and most storied categories, with a distinguished lineage dating back to the days when the magazines were the heart of the field, and short fiction was still the place where the rising stars of SF and fantasy broke in and made their names, competing with the giants of previous generations for these prizes. That's less true now than it used to be... but there's still some validity to it, and the three short fiction categories remain, to my mind, among the most important and prestigious Hugos. (I should say right here that I cannot pretend to be objective about these categories, since I am a past winner of rockets in all three of them. It is only the Big One, the novel, that has eluded me).

Last year, however, these three categories were among those most impacted by Puppygate. The slates dominated all three, sweeping the board and shutting out all other work. In the novelette category, a disqualification allowed one non-Puppy nominee to squeeze onto the ballot, and that story ultimately won. In novella and short story, fans unhappy with the choices presented them voted No Award. Understandably, IMNSHO... still, it was not a happy ending. There was some wonderful and powerful work published in these categories in 2014, and it was a shame that none of it could be recognized. (I was proud and pleased to present Alfie Awards to Ursula Vernon for "Jackalope Wives" in short story, and to Patrick Rothfuss for "The Slow Regard of Silent Things" in novella... but we all know that an Alfie is not a Hugo, and in an ordinary year both Vernon and Rothfuss would surely have been contending for a rocket).

That's last year, however. No amount of rehashing can change what happened. The important thing is to see that it does not happen again. And to that end, it behooves all of us to nominate the short stories, novelettes, and novellas that we enjoyed most last year... to share our thoughts with our friends... to shout our recommendations from the rooftops. Let's make sure this year's shortlists truly represent the best of what was published in 2015.

As to my own recommendations...

Ah, there I hit a problem. I am not making any recommendations in these categories. Problem is, I have a conflict of interest. As a writer I did not publish any original short fiction in 2015, true. As an editor, however... well, Gardner Dozois and I co-edited an anthology called OLD VENUS that came out last year, and in my (admittedly less than objective) view, that book contained several stories that are worthy of Hugo nominations, and one that is so bloody brilliant that I think it stands right up there with any story that ever won the Hugo. 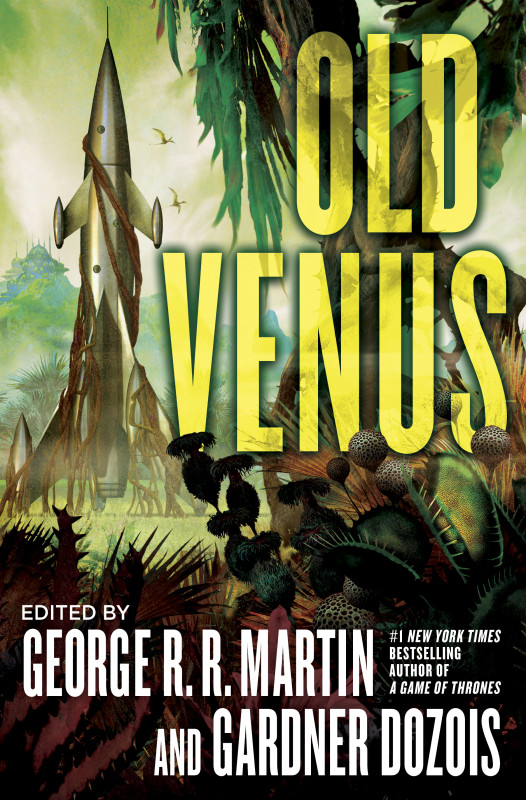 I really can't tell you which one it is, however. Or the names of the other stories in the book that I think worthy of consideration. Look, Gardner and I liked all the stories we included in OLD VENUS. If we hadn't, we would not have purchased them (and we do reject stories for every one of our anthologies). But we'd be lying if we said we liked all of them equally. There are stories Gardner liked more than I did; there are stories I liked more than Gardner did; there are stories both of us loved, loved, loved. As editors, however, it would be unethical for us to say which were which in public. Just as parents need to maintain devoutly that they love all their children equally and have no favorites, it behooves the ethical editor to take a similar stance toward the stories they purchase and publish.

So in the end all I can really say is that Gardner and I are both very proud of OLD VENUS, that we think there's some stuff in it worthy of your consideration, and that we hope you will agree.

For that, of course, you need to read the book. I can make that a little easier, at least. As it happens we have about forty (40) hardcover copies of OLD VENUS, autographed by both Gardner and myself, in stock at the Jean Cocteau Cinema bookstore. We also have some copies of the companion volume OLD MARS, though that was published a year earlier, so nothing in it is eligible for a Hugo. From now until the end of the month, we will offer a 30% discount off cover price on both OLD VENUS and OLD MARS. http://www.jeancocteaucinema.com/film/jean-cocteau-cinema-bookstore/ 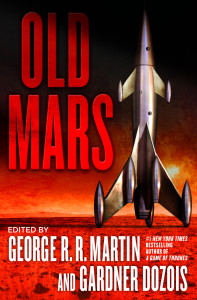 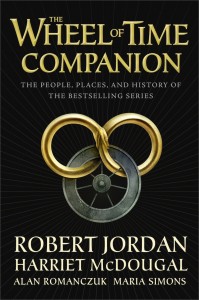 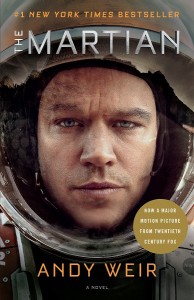 (And as long as I'm discounting, we'll also offer discounts on the hardcover WHEEL OF TIME COMPANION, signed by all its editors, and the trade paperback of THE MARTIAN, signed by Andy Weir. Weir is a leading candidate for the Campbell Award this year and THE MARTIAN is almost sure to be a nominee in Dramatic Presentation/ Long Form, while the WHEEL OF TIME book deserves a nomination in Best Related Work).

Returning once more to the Hugo Awards and the three short fiction categories... yes, of course, there was plenty of great stuff published last year outside of OLD VENUS. And there are plenty of recommendation lists available on the web where you can find lists of what other fans, pros, and critics thought outstanding.

The biggest and best of those is the LOCUS recommended reading list, which you can find here:
http://www.locusmag.com/News/2016/02/2015-locus-recommended-reading-list/

The Nebula Awards are often a precursor to the Hugos, as the Golden Globes are to the Oscars. You can find the Nebula nominees listed here:
https://www.sfwa.org/2016/02/2015-nebula-awards-nominees-announced/

The Sad Puppies do appear to be doing a recommended reading list rather than a slate this year. You can see what stories they most liked here:
http://sadpuppies4.org/sp4-recommendations-pages-and-faq/

There's also a site called Rocket Stack Rank that has been collecting and collating recommendations from other sources, here:
http://www.rocketstackrank.com/p/2016-hugo.html

And those are just a few places that the awards are being discussed on the web. As far as I am concerned, the more discussion, the better. So please feel free to talk about your own favorite short stories, novelettes, and novellas in the comments section here... whether those are from OLD VENUS, from other anthologies, from magazines, wherever...