Pat Conroy was one of the great novelists of the last half-century.

Regular readers of this Not A Blog know what a huge fan of his work I am. No, he did not write science fiction or fantasy... but (surprise!) despite my love for our genre, I read a lot of stuff outside of it. And once I had sampled Pat Conroy, I read every book of his eagerly as soon as it came out. THE PRINCE OF TIDES is probably his masterpiece, but I loved BEACH MUSIC and THE LORDS OF DISCIPLINE and THE GREAT SANTINI and THE WATER IS WIDE as well. Oh, and his non-fiction memoir, MY LOSING SEASON, another engrossing read.

The movies based on his books were pretty damned good as well, even if the film version of THE PRINCE OF TIDES did omit... well... the prince of tides. SANTINI is the best of those. Amazing performance by Robert Duvall, once of the best of his career.

A couple of years ago, I had the honor of meeting Pat, and hosting him for an author event and booksigning at the Jean Cocteau Cinema. It was a rare privilege, and one I will always remember, and I can't tell you how thrilled I was to learn that he'd read and enjoyed my own books. 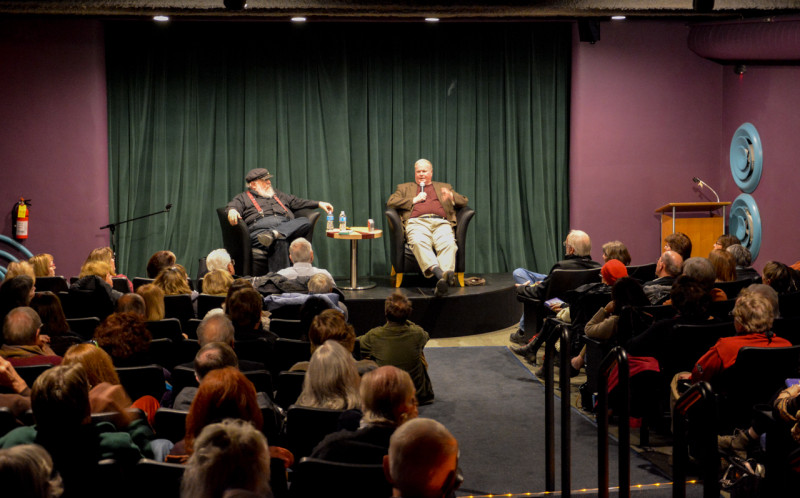 Pat passed away in March... but his books will live on, and so will his memory.

In his memory, his family has now establishing a Pat Conroy Literary Center in his beloved home town of Beaufort, South Carolina. You can read about it here: