Not in San Diego

I hope that everyone in San Diego is having fun at Comicon. HBO has a big presence there, I know, and a lot of our cast are on hand for the GAME OF THRONES panel and the usual endless rounds of signings and interviews. Also, Bantam is bringing out the 2017 ICE & FIRE calendar, which is always a great event. And Gary Gianni, who illustrated THE KNIGHT OF THE SEVEN KINGDOMS, has a table and is selling a cool new sketchbook of his artwork.

Makes me wish I could be there as well.

Now, normally, I would not feel the need to post about where I'm not and what I am not doing... only I am getting reports from friends in San Diego, and friends of friends, that I have been sighted at the con.

Really. It's not. It's some other old fat guy in a Greek sailor's cap and pair of suspenders, maybe. Who may or may not be consciously cosplaying as me.

((And you have no idea how weird it feels to be typing that sentence. Way back when the show was first starting, there were a couple of Daenerys Targaryen cosplayers at San Diego, and I thought that was way cool. Fans dressing up as my characters, hey, hot damn! Never in my wildest dreams did I imagine that anyone would ever want to dress up as me. But now I seem to encounter it wherever I go. Witness this picture from my 2013 trip to Australia. 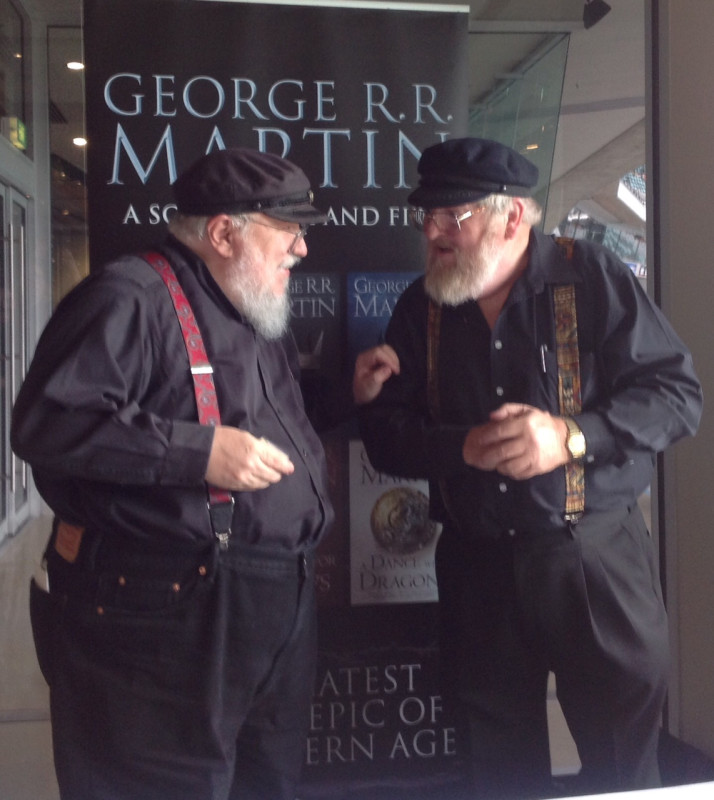 Anyway... just for the record... I have a big Wild Cards event at the Jean Cocteau Cinema this weekend, with nineteen writers turning up from all across the country, so as much as I would like to be at comicon, I am not there. Accept no substitutes!!

((And just to be clear, no, I do not disappove of fans cosplaying as me. I do find it surreal, but hey, what they hell, have fun... so long as they don't actually pretend to be me)).

Moving right along... one thing that is at comicon is the new ICE & FIRE calendar, with art by Didier Graffet. It's gorgeous. Grab a copy if you're at the con. And if not, the calendar should be available at your favorite local bookstore or online bookseller, and will certainly be available through the Jean Cocteau. 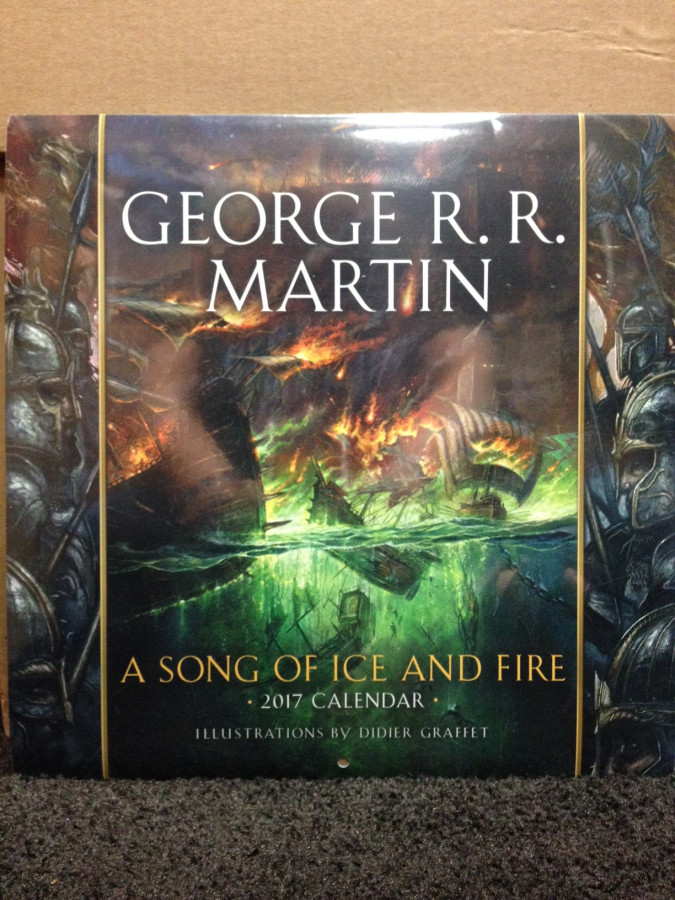