For My German Fans

The German edition of A KNIGHT OF THE SEVEN KINGDOMS, my Dunk & Egg collection, came out several years ago, from my main German publisher. Nice book, and it did well.

Thing is, though, my German publishers wanted to get the book out as soon as possible, so they published before the American and British editions, which meant that their edition could not include any of Gary Gianni's gorgeous interior illustrations.

Have no fear, though. My favorite German small press, FanPro, has come to the rescue. They've issued a new, limited edition German hardcover edition, with all the amazing artwork. 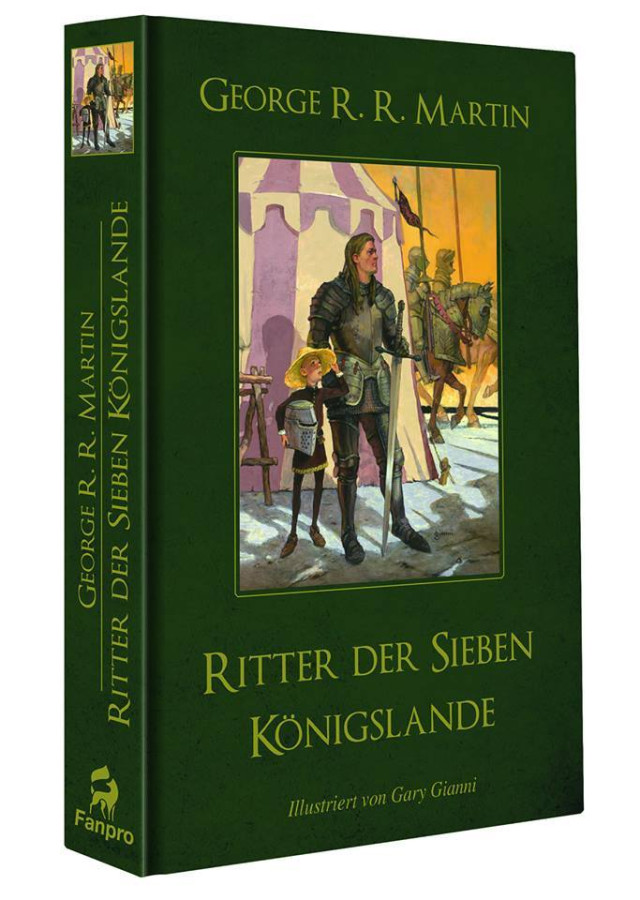 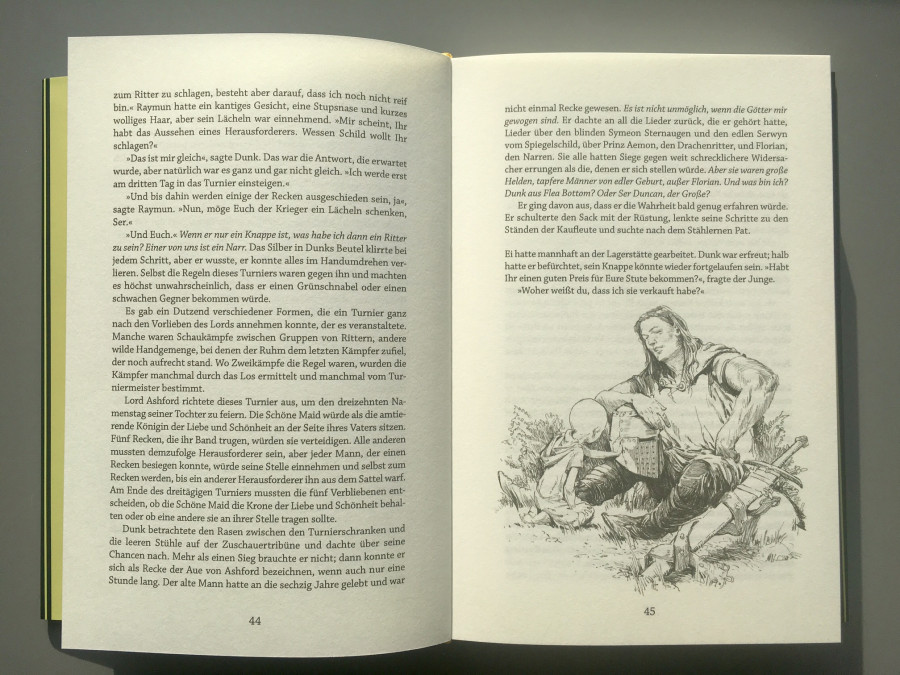 Copies are available by mailorder from FanPro's online shop:

They do beautiful books. Enjoy.
Tags: dunk & egg, foreign editions, limited editions
Subscribe
Comments for this post were disabled by the author